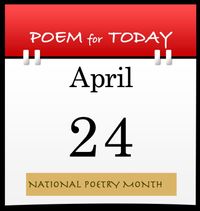 For most of human history, the old among us were venerated. Their learned wisdom was passed down to the youth. There were rites of initiation. There was mentoring.

In today's world, the beauty of youth is celebrated above all and, for the most part, the wisdom of the aged is lost in the hallways of skilled nursing facilities.

Especially now, as the technologically dependent world moves at lightning-cable speed, it becomes increasingly difficult for us to remain relevant as we age.

I still have a few of my father's tools, some of which you could never find at a Home Depot. Holding his old wood-handled chisels in my hands inspired this poem.

They came in white laboratory coats
soldering under microscopes
in dust-free rooms,
pushing my father’s world of blunt tools aside.

That world is fading slowly now into
the cracks of an old man’s memory.
It can barely be seen
through the dark glass. Look!

Do you see that ball-peen hammer?
the chisels laid out
evenly on the wooden bench?
They appear Neolithic,

relics of another way of
moving mountains.

My father lives marginally
in this modern world.
After eighty-three years
he’s taken to preaching.

Eight or ten people gather
in someone’s living room
and listen to his account of dying
on the operating table.

They support him with love offerings.
Occasionally , he loses his place and
thinks he’s back in the shipyard
doing an important job;

the men in laboratory coats
remove him quickly and ask
him to not return.

Click below to hear me read "My Father's World"